It’s Not What You Say…

The one responsibility we can’t duck if we want to lead is communication! But that’s never as simple as just saying the right words!

So picture the movie Rush Hour, where Jackie Chan and Chris Tucker first meet and Tucker asks Chan “Do you understand the words that are coming out of my mouth?” How many times have you seen someone do that same thing when trying to communicate with someone who has a different native language? They typically speak very s-l-o-w-l-y and a bit louder than usual, as if that will make a difference…

And now for a moment of truth before we really dive into this: Has that ever been you?

That was rhetorical! I’ve done it, you’ve done, and I’m guessing the folks who say they haven’t done it would lie to us about other things too…

When it comes to being fluent in different languages, a leader’s responsibility for communication can be exponentially more involved. Even when we’re all speaking English (because that’s the one I know), what I say and what you hear can be two very different things. Think back to the Snoopy meme I referenced before… But there’s no free pass that says we don’t have to be responsible - especially when we’re responsible for leading!

Have you ever been in a meeting where the supervisor or manager had a page of notes and read directly from the page? No personalization, no expression, just words… Maybe it’s just me, but I would do better if I read the page myself than hearing someone else read it in a robot voice!

How about the ones who yell everything they say? Everything sounds so harsh! Confession time… There have been far too many times where Cindy’s had to tell me, “It’s not what you said, it’s how you said it!” And she’s always right. I can be pretty intense, I suppose, so maybe there are a few occasions where I sound a bit more direct than I mean to?

Here’s where I’d really like to take you down the path detailing how someone with each primary communication style receives messages differently. As important as that is, we’ll have to circle back to it another time. For now, consider just these stats from Albert Mehrabian, professor emeritus of psychology at UCLA; “only 7% of the message we send comes from the actual words we use. 38% comes from our voice/tone. And 55% of the message we send when communicating comes from our body language!” If Mehrabian is right, a whopping 93% of what we communicate isn’t based on the words that are coming out of our mouth (said in Chris Tucker’s voice).

When I think about an all-day training session I sat through in late 2014 on Mine Safety Incident Reporting where the instructor stood almost completely hidden behind a podium and read directly from the slides - through the entire session - I’m not too surprised that the only thing I remember was the painful boredom and none of the actual content! As leaders, we need to be sure we’re putting as much energy into our tone and body language as we put into selecting the right words if we have any hope of our teams actually understanding the message we need them to receive. And then we need to be sure we’re providing that message to them through every channel we have access to…

Don’t Just Tell Me, Show Me! Then Show Me Again…

Once we accept that it’s way more than what we say, there’s a lot more we’ll need to consider than just our tone and our body language. If we’re really leading the team members who are counting on us, they’ll be watching what we do when those words aren’t coming out of our mouths just as much as they’re watching our body language when we’re talking - and possibly even more!

After sharing the idea of It’s Not What You Say with the folks who receive my complimentary email series, A Daily Dose Of Leadership, I received several outstanding replies, each sharing experiences where someone had told them one thing then followed up with behaviors that were nowhere close to matching their words. I know all too well what they’re talking about, and I’m sure you do too! While there are some cases where the individual who does this has earned enough of our good will to get a brief pass, the folks who haven’t earned that kind of grace will likely lose any hope of gaining (or maintaining) our trust. For me, as an extremely task-oriented person, it’s nearly impossible to ever like someone I don’t trust. And if that old saying, “we do business with the people we know, like, and trust” is even close to true, it’s pretty unlikely that we’ll look to anyone as a leader if we don’t trust their words to line up with their deeds - especially if we don’t even want to do business with them… 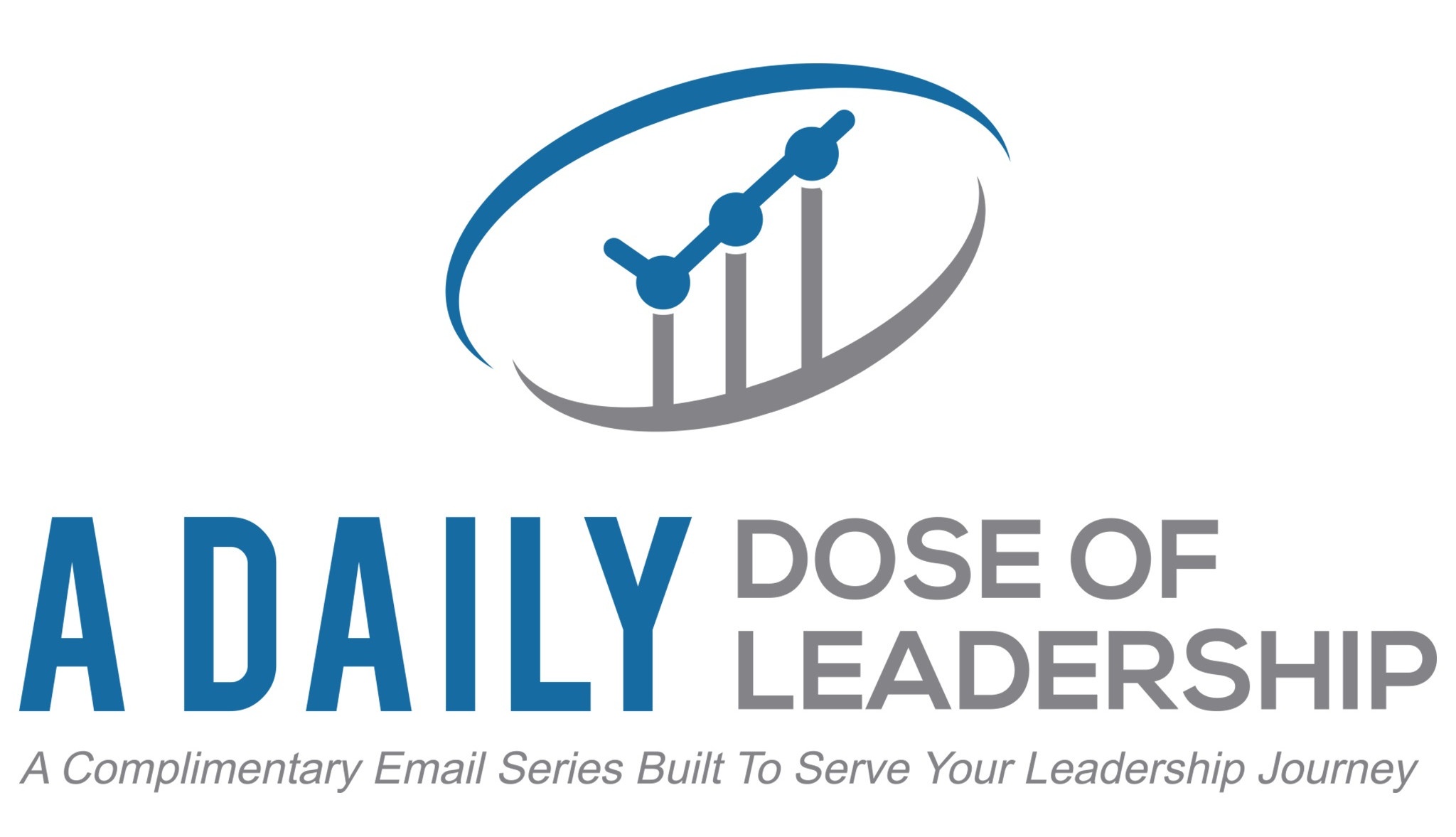 So how does that fit what we’re showing the teams we’re working to lead? Do our behaviors during the times we’re not talking line up with the words, tone, and body language we use when the words are coming out? I assure you, everything we do - even when we think no one's watching - is communicating a message. Our actions are definitely a type of communication when we’re leading!

Don’t get me wrong here, everyone’s behavior communicates a message. And that behavior builds or tears down that individual’s influence with the people they interact with. Since leadership is influence (nothing more, nothing less according to John Maxwell), making sure we back our words with matching action is a huge part of whether or not anyone will ever follow us regardless of our position or title - or even our last name…

OK, Wes, I’m tracking with you here, but how can I make sure I’m getting my message across when I don’t get to talk with each member of my team on a regular basis?

Great question! In short, any and every possible way you can! I don’t think there’s any such thing as too much communication, at least when the message matters. We all know those folks who have a whole lot to say about nothing… I’m not talking about that because it’s fairly unlikely we’re looking to them for leadership anyway! When the message we need to send impacts the individuals on our team, especially when we don’t have the opportunity to talk with them face to face as often as we need to, we should be working to get our message to them through every channel we have access to. And even then, we’ll need to follow up to make sure they got it. Whether it’s through internal newsletters, bulletin board posts, emails, text messages, or even custom fortune cookies, there’s always a chance we’ll miss someone. However, using everything we have access to, and being very consistent about all that, can increase our odds of reaching them!

Then we just need to be sure we’ve presented that message in a way that matters to them!

Remember that quote I shared from the Snoopy meme, “I’m only responsible for what I say, not for what you understand,” as we started looking at how important communication is for anyone in a leadership role? While I have seen or heard more than a few folks in supervisory or management roles, I’ve NEVER known a leader to take that stance. As I think about it, the folks with positional authority that I’ve heard say such stuff have more than that in common with Snoopy, they were all basically cartoon characters too!

Even when we’ve done the work to control how we say what we say and we’ve invested the energy into sharing our message through every possible channel we have access to, there’s still one very important piece we need to consider if we really want to make sure our message is received…

I don’t know that I’ve ever met anyone who wasn’t familiar with some variation of what I grew up knowing as The Golden Rule. Regardless of background, faith, national origin, or really any other factor the EEOC lists, everyone I’ve talked with about the idea can offer some version of “Do unto others as you’d have them do unto you.” And when it comes to how we treat one another, that’s a pretty solid approach. (Wouldn’t it be great if more people actually paid attention to that today on social media and in poliTICKS?) All that said, I’m convinced it’s not the best approach for how we communicate with others - especially if we’re responsible for leading anyone at all, and we all are in one way or another, AND we need them to receive the messages we’re sharing with them, and we all do!

So picture this… I almost always look for the big picture. I want to get results as quickly as possible and I don’t usually care to get caught up in the details; I’ll figure those out along the way. Gosh, making a mistake here and there is just a learning experience to build on next time… My darling bride, on the other hand, prefers a much more conscientious approach. She typically considers all the possible scenarios and outcomes before engaging in a task so she can get the best result on her first attempt.

In those (all too frequent) times where I’ve communicated with her as I would have wanted her to communicate with me - straight to the point, big-picture, let’s get this crap done and we’ll figure out the details as we go - how do you think that was received? More importantly, was I providing her with what she needed to take action on whatever task I had lobbed out there?

And how about when she brings an idea to me, sharing it the way she would want me to communicate it with her? You know, explaining every specific detail of the process before going into several potential outcomes… Can you picture my eyes rolling back in my head as I start to convulse? It’s happened!

As leaders, communicating effectively also requires delivering our message in a way our team members can digest it. We need to adapt our message so they can receive it… I’ve learned to know this as The Platinum Rule, “Communicate with others as THEY want you to communicate with them!”

After more than twenty years of marriage, and learning to apply The Model of Human Behavior, Cindy and I have gotten a little better at this! I won’t pretend it’s always easy though… But anyone who’s willing to tell us anything about leadership is easy would probably lie to us about other things too!

As we wrap this idea up, we’ll take a look at some specific things we can do immediately to develop the leadership communication skills that tie all the things we’ve worked through to this point together! Stay tuned… 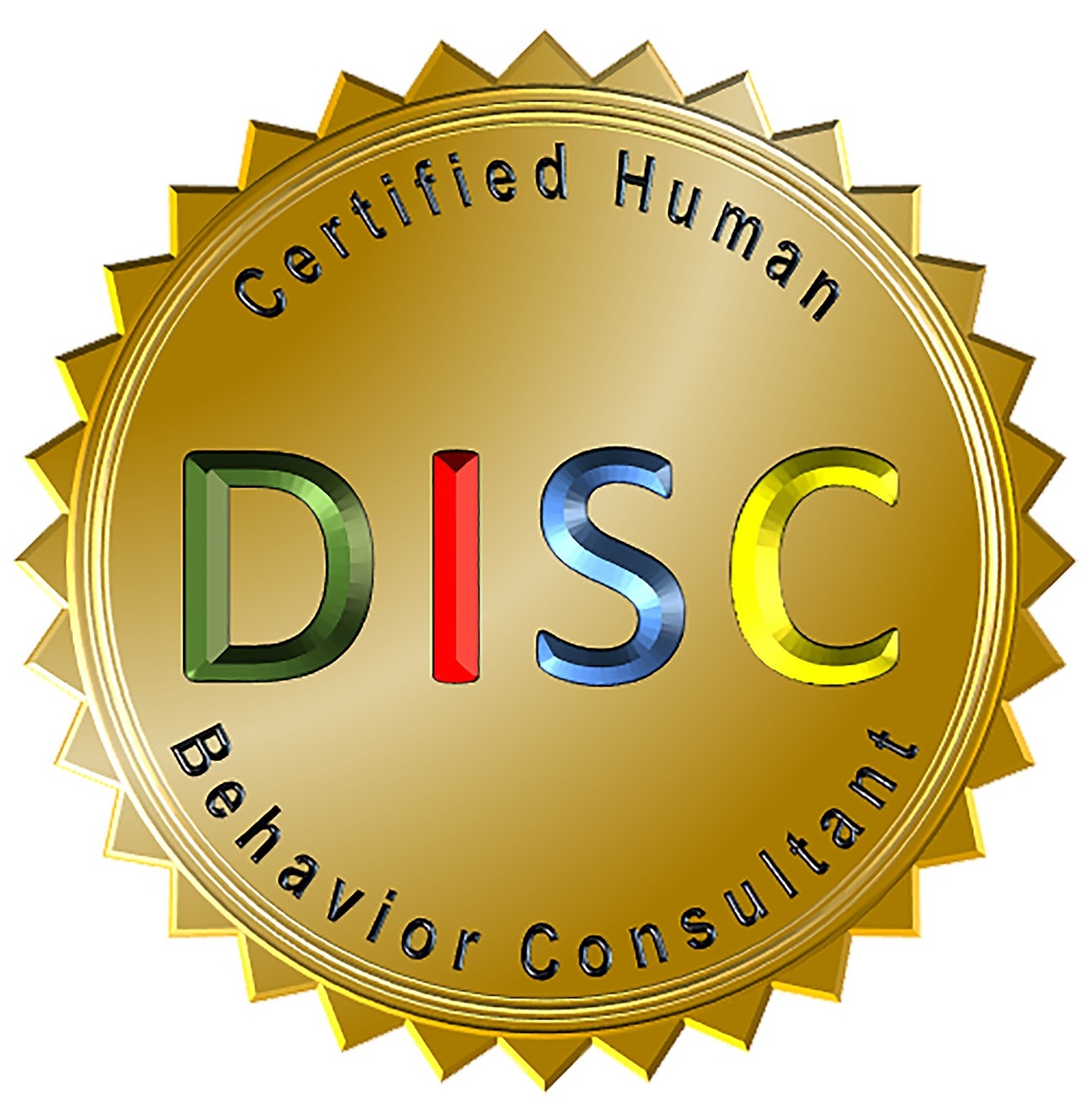