There's One Thing We Can't Duck if We Want to Lead!

I’m guessing you’ve seen it too… Heck, I’ve had it sent directly to me in emails and I’ve had folks say it to me face to face! Most recently, I saw it in a social media meme with a picture of Snoopy from the Peanuts cartoon strip, where Snoopy has a frown and he’s wearing his sunglasses on his forehead with the caption, “I’m only responsible for what I say, not for what you understand.”

While accepting responsibility for what’s said is quite the step up from what we looked at recently as one of the biggest challenges we’re facing in the workplace today, I can’t think of a single situation where someone could take that stance and have any hope whatsoever of their team actually following them - at least not long term! In fact, the few times I’ve had folks make similar statements to me by email or in person, I’ve finished their sentence with “said no leader - EVER!”

While my wisecrack response always yields a frown or wrinkled forehead, much like the one Snoopy had in the meme I saw, it doesn’t mean I’m wrong! If we’re interested in genuinely leading anyone, there’s one thing we can’t shirk! Leaders CANNOT duck the responsibility for being absolutely certain that their team understands the exact message they’re trying to communicate!

Let’s take the whole leadership idea out of the equation for now… Would any responsible parent you know take a stance like that when it comes to their child’s wellbeing? (Notice I included the word responsible…) To that end, I can’t think of a normal person who would even act that way with their dog! So why would anyone even consider a statement like that to be OK at any point, especially when they have any kind of position or title carrying authority?

For years now, I’ve been completely convinced that leadership is an action that should be defined as “the act of serving” rather than a role that’s often correlated with someone who barks orders they expect their minions to follow. And if we’re even remotely interested in serving the people on our teams, or even our families, when would be an acceptable time to say, “I’m only responsible for what I said, not for what you understood”?

If you’re still not tracking with me, say that to your spouse a few times within the next 24 hours and let me know who it goes… I can visit you in the hospital if they’re allowing guests to come in!

One more quick example… I caught part of a conversation a while back where a friend who was an adjunct professor for one of the local colleges made a comment about a significant percentage of a particular class failing. Never being one to miss the chance to have a little fun with someone in academia, I asked if her role was still referred to as a teacher or if it was more appropriate to call her a failer… She didn’t see the humor, and Cindy was appalled!

Was it rude? Probably… Did I have a point? Most definitely! I believe those of us who accept roles like that, roles with any level of leadership responsibility, are 100% responsible for ensuring the people around understand what we’re communicating with them. If we blurt out a bunch of words and expect someone else to receive our message, we’re in for a rude awakening - and we’re definitely not leading! As we move forward, we’ll look at why communication is so important in leadership, some very types of communication, and specific skills folks in leadership roles can develop as we accept responsibility for what the team around us understands!

What If I Don’t Accept That Responsibility?

I can hear it now… Someone will read that last part and push back! “Wes, I don’t agree with you… I can’t control how anyone responds to what I tell them, that’s on them. And I certainly can’t help it if they can’t understand the simple words that I say. That’s their problem, not mine!”

Fair enough. That may be true… But if that’s true, it’s also true that the person taking that stance is not a leader! They may be a supervisor, a manager, or they may even own a company, but they ain’t leading… I’ve heard John Maxwell say it this way dozens of times over the last twenty years, “One thing that holds many talented and intelligent people back from being good leaders is a lack of people skills. Someone with weak people skills can become a reasonably good manager, because management is focused on systems and procedures. But nobody without good people skills can be a great leader!”

Wait a minute Wes, he said “people skills,” not communication skills. If you view those two as being markedly different, reach out to me and ask about the story of the guys I heard arguing in my 11th grade drafting class; one was convinced the measurement was 3/4“ and the other was adamant it was 6/8”. The funny part was that they weren’t arguing about the proper way to reduce the fraction; they believed their responses were completely different measurements! The concerning part is that both went into construction trades after high school. For what it’s worth, they each did great work once they got a little better with the tape measure…

Whether we call them people skills, communication skills, or soft skills - heck, I’ve even heard them referred to as power skills by someone driving a specific point - the importance of that particular set of skills (said in Liam Neeson’s voice from Taken) doesn’t vary. If we want to have any real shot at leading effectively, choosing not to accept the responsibility for what someone else understands from our message just isn’t an option!

The tough part is that so often the folks with the greatest need to take these skills to heart are also the ones who have to push hard for measurable results and consider this to be the touchy-feely stuff they just don’t have time for. I had a friend who was a CEO of a local company that actually told me just that! Unfortunately, he wasn’t the CEO of that company a year later… But what drives so many folks who carry significant leadership responsibility to believe that?

I think part of the issue is the term itself, soft skills. Before understanding the origin of the term, I fell into that trap a few times too - even after I had seen the impact effective communication makes in leading a team. Quite honestly, I didn’t really know where the term came from until we were invited to contribute a chapter to Discover Your Team’s Potential: Proven Principles to Help Engage Your Team & Improve Performance, and had a sneak-preview of chapter one where Chris Rollins shared this, referencing Joe White’s “The origin of soft skills” from February 2018 :

“Soft skills” is a term that was initially developed by the military to help determine the difference between technical skills, which were considered “hard” because they usually involved working with machines, and other skills which were considered equally (if not more) important, yet were often harder to teach because when you are dealing with people it isn’t always as simple as “do this” or “do that”. Somehow, along the way our culture has allowed the term “soft” to be replaced with the concept of being insignificant. Considering that the military began the analysis because they recognized the difference between groups of soldiers achieving victory or defeat often came down to how one group was being led compared to the other, it only made sense that they decided to measure those skills so they could improve in the area of training them.origin of soft skills.

For most of us, failing to accept responsibility for what our team members understand won’t likely determine whether they live or die, but it will certainly play a big part in whether or not they’re ever willing to look to us as leaders rather than just their supervisor or manager… And that doesn’t even touch on the negative financial impact we’re making for our company by taking that stance!

Why is Communication Important in Leadership?

Having looked at the one responsibility we can’t shirk as a leader, as well as what we can expect to happen if we do, let’s take a quick look at some data that makes a strong case for why communication really is so important in leadership… It’s not just some crazy tirade I’m on, that touchy-feely soft skill that is communication has a hard impact on the bottom line in every organization - whether we want to admit it or not!

In the second lesson of our Emerging Leader Development course, we cover five critical principles that leaders can use as a foundation for effective communication within their teams. Since that’s the first lesson in that particular course that covers the topic, we were very intentional about including some very tangible reasons any supervisor, manager, or business owner working through it with us should take it to heart. 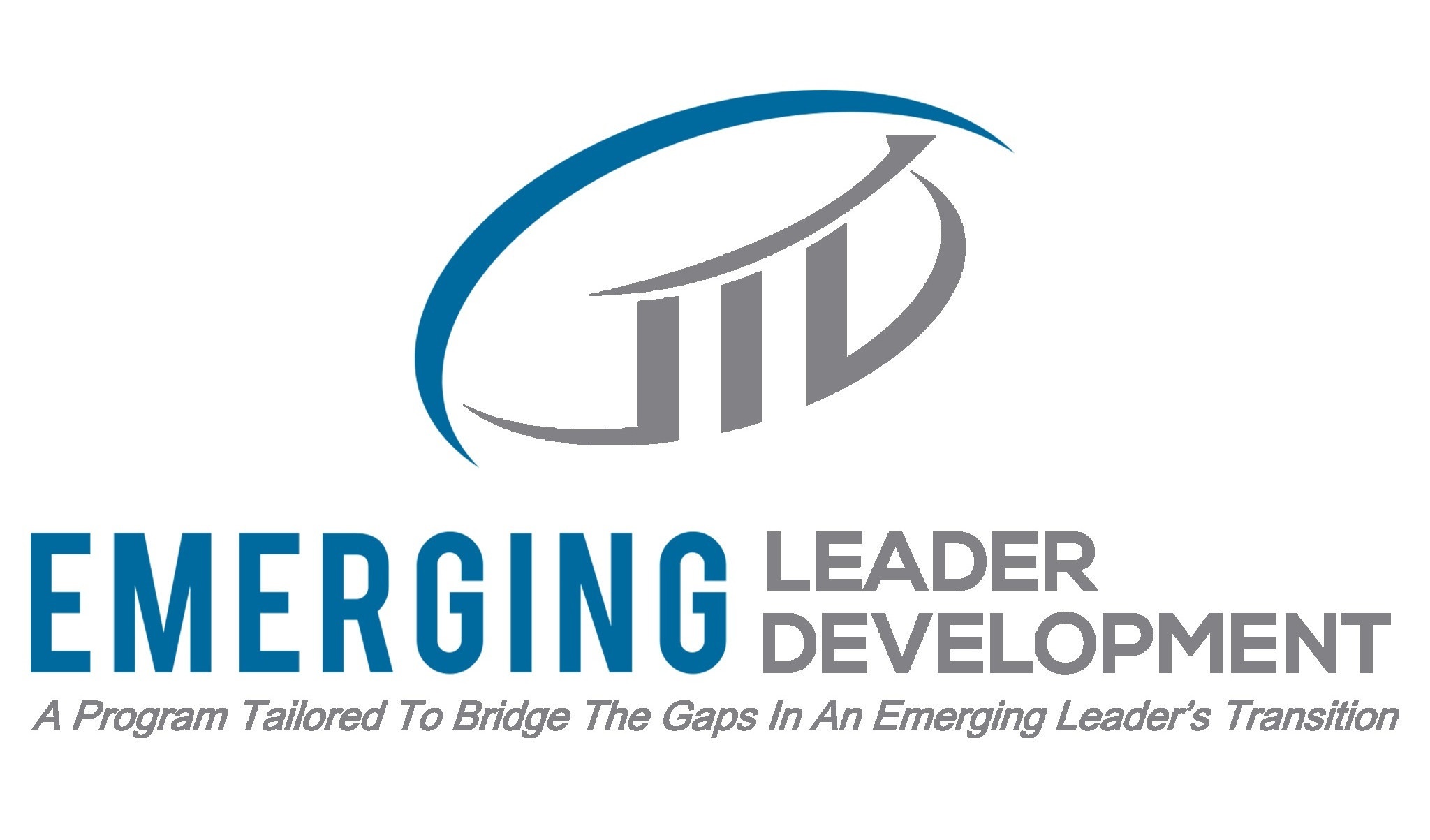 A few years ago, Salesforce.com, a large customer relationship management software company shared the results of a study they had done surveying 1,400 executives on what they saw as the primary reasons for workplace failure. Of those surveyed, “86% cited a lack of collaboration or ineffective communication” as the primary reasons for failures in their workplaces. Not 8.6%… A whopping 86%!!! Without even going into what any given failure resulted in, I believe that makes an incredibly strong case for the importance of communication in leadership!

Just in case that’s not enough, or if it’s too abstract for you and you want specific numbers, here's what we include in that lesson from a study done by SIS Research International, “the cumulative cost per year due to productivity losses resulting from communication barriers is more than $26,000 per employee. Not only that, the study found that a business with 100 employees spends an average downtime of 17 hours a week clarifying communications. Translated into dollars, that’s more than $530,000 per year.”

As we cover those stats with folks in different sized organizations around the country, I turn it into a simple math equation so they have an accurate picture of what they’re most likely losing in profitability (and all of those losses are from profitability) based on how many employees they have… If they have 50 employees, the cost is around $250k. If they’ve got 200, it’s probably over $1 million annually. And a facility with a thousand employees may well be losing over $5 million every year to communication issues!

But wait a minute Wes, all that may not be on the leaders’ shoulders! John Maxwell would likely respond to that by saying, “EVERYTHING rises and falls on leadership!”

Since I’m in complete agreement with John on that, we’ll work through some specific leadership communication skills soon. But first, we’ll outline some different communication styles we’ll need to consider…