Build an Onboarding Process That Works!

Now that we have a solid understanding of what onboarding is and why it even matters, and we’ve look at some of the measurable benefits a company can expect to capture with an effective onboarding process in place, it’s about time we make the rubber meet the road with some specific action steps we can put in place to be sure our onboarding approach achieves the kind of results that we’ve been looking at to this point!

If you’re brave enough to do an internet search on the term “onboarding process,” you’re going to find all kinds of craziness! Gosh, I saw everything from the four phases to the seven steps, the sixteen steps, and even the forty steps… And each option linked to a map that promised to take our organizations to the promised land! For what it’s worth, I’m sure they all hit on some things that would serve us well - assuming we’re clear on what we’re really working to achieve through it all.

If we’re looking for warm bodies that can churn out widgets, you probably don’t care to take action on much of what I cover moving forward here. But if you’re committed to building a team culture where each individual who joins your organization is actively engaged the entire time they’re with you, be that two years or two decades, you’ll need to set the right tone from the beginning! Not the beginning of their employment with your company though, from the very first interaction they have with your company…

I still help a few small local companies with their hiring process and when all things are close to equal with regards to what each company is offering compared to their competition, I can typically be far more effective than my full time counterparts with the competitors. Sure I’ve done it a lot, and I’d like to think I’ve gotten fairly good at the whole recruiting thing, but I don’t think that’s what makes the difference. I believe it boils down to one simple thing, something that every company can do IF they’re willing to be intentional about it: I’m incredibly proactive!

When we’re willing to initiate contact where we can and be extremely responsive to each and every question even a potential candidate has, we show them that we value them. That said, I believe it’s just as critical to be open and honest from the first point of contact, providing a transparent mix of the good and the bad. If we have to lather a candidate up with a bunch of nonsense we’ll never live up to just to get them in for an interview, there’s not much hope of developing a working relationship that lasts long term. It’s fine to emphasize the company’s strengths but we also need to be candid about our opportunities for improvement. By taking this approach, we may scare a few away but we’ll also earn immediate respect from even more.

One thing I’ve never seen work well has been making promises that we know won’t come true. Whether that’s with regards to wages or growth potential, sooner or later it ends poorly - and usually sooner… I’ve also seen folks attempt to take a very laid back approach up front, when they’re keenly aware that things are going to change to full speed ahead as soon as the offer is accepted. We all have demands to meet but we’re not serving anyone well when we don’t set and maintain clear expectations; what they can expect from us as well as what we’ll be expecting from them.

Again, this approach may not necessarily yield the most warm bodies through the door for an interview but it absolutely brings in stronger candidates who can help build a great team. And once we’ve nailed down that part of the process, we need to focus on making sure they know they made the right decision and they really are part of a great team!

The Key to Retaining & Engaging Our Team Members

If we really want to build an onboarding process that works, especially when we’re responsible for leading the organization and we may not have direct interaction with each team member on a daily basis, we need to be sure the first impression we make is one that lasts - and a good one at that!

While the standard orientation we provide for a new team member is just part of the overall onboarding process, their first day with us provides some unique opportunities we’ll rarely have again. Yes there’s all that required paperwork to knock out, and hopefully we’re investing the time to cover the most critical policies and procedures, but there’s no reason whatsoever for it to be as painful as it is in almost every organization. Quite frankly, this is the perfect time to begin developing a relationship with our new team member(s). I’ve never seen a rule that says orientation has to suck! Even if there was one, I would have a goal of breaking it every single time… I realize there’s a ton to cover on day one, but if we’re willing to consider the impact that time with each new team member can have over their entire career with us we’ll quickly realize it’s worth the effort to add at least a little personality. (I know that’s a stretch for most folks in a human resource role, but humor me…)

Regardless of the title I held at any given time, or whether the time I had in the orientation process was a few minutes or several hours, my goal was to make a personal connection with each individual while I covered the content I was responsible for working through with them - however dry that may have been. Not only did I need them to hear and understand what I was sharing with them, I wanted to make sure they knew they had a point of contact to reach out to when (not if) they had concerns later on. I also made an attempt to learn as much as I could about them during that time so we’d have some common ground to connect on later on; sometimes that meant getting to know more about their families or their hobbies, and sometimes it was more about learning what they hoped to be doing in the organization years down the road.

Each of those things helped send one very specific message: it told that new team member that I cared about them! When we invest the energy into showing someone we care from the very beginning, we begin earning a level of loyalty we may never get otherwise. When there’s a rough spot along the way later on, and there will be sooner or later, the connection we worked to make from the start may make all the difference in the world!

A recent SHRM article on the topic quoted the CEO of BambooHR, Ben Peterson, as saying “We cared enough to hire them, we want them to know we care enough to build rapport.” Peterson also mentioned taking the new employee out to lunch on their first day. I’m not looking to get into the weeds here by detailing what every minute of any company’s process should look like, but making sure we develop a strong connection that yields rapport better be driving whatever it is that we’re doing! And that makes it so much easier to do everything else we’ll need to do…

Once we understand the key to retaining and engaging our new team members, and really all of our team members for that matter, the next piece we need to be sure to build into our onboarding process deals with making sure everyone knows exactly what’s expected. Although that may sound like a no-brainer, I’ve seen folks joining organizations provided with a muddy mess of ambiguity far more often than I’ve seen anyone handed a clear map for where they’re headed in the days and weeks to come…

Here’s where you’re likely thinking, “Gosh Wes, who bothers to invest all that energy to show a new teammate how much they care about them only to toss them out on their own right after that?” And my response to you is: Most everyone, whether they mean to or not!

That said, I really don’t believe anyone does this on purpose or with poor intentions… Let’s face it, providing someone with clear expectations and establishing high standards ain’t easy or for the faint of heart. All too often, this requires a pretty hefty amount of time and energy - and I can’t point to a single person carrying significant leadership responsibility who has extras of either on their hands… This truly becomes a matter of slowing down so we can speed up!

Do what? Did one of the most Driven and Fast-Paced people on the planet just suggest slowing down? I mostly certainly did, but I’m definitely not suggesting that it’s always easy! 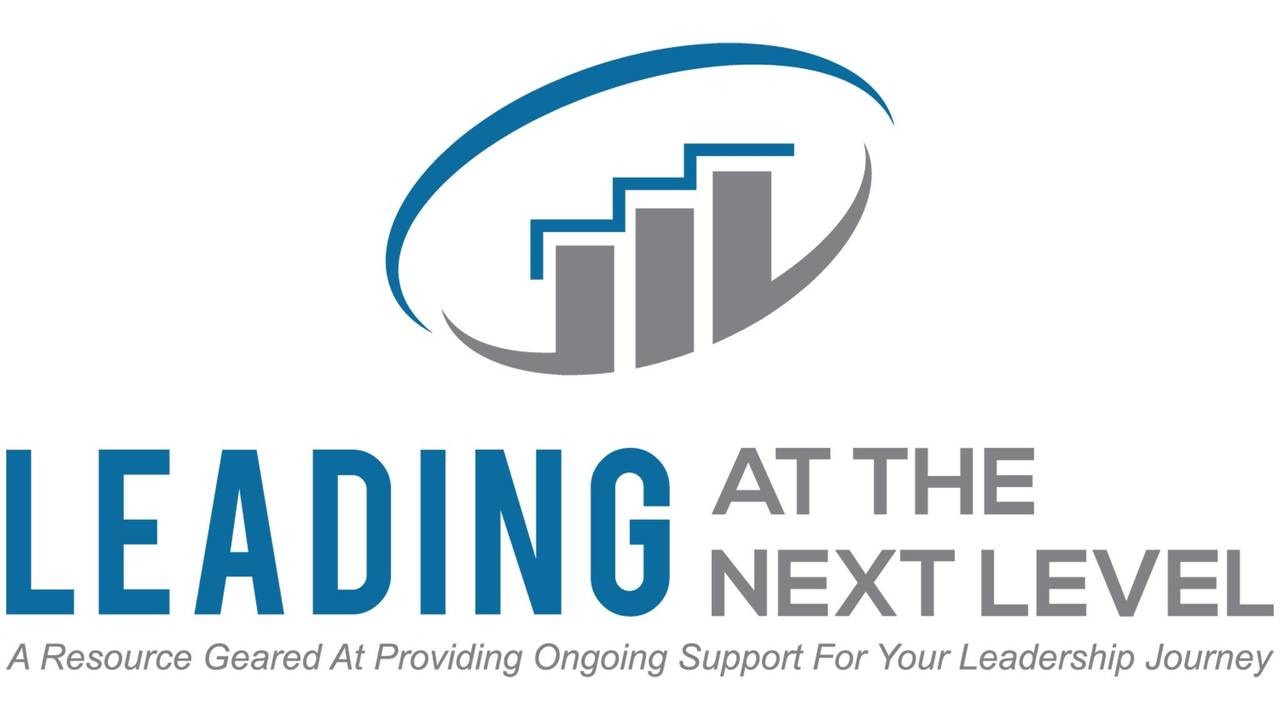 If we’re not willing to slow down enough to provide every individual on our teams, not just the newest ones, with extremely clear expectations for what they’re role is and what we need them to achieve, we haven’t done a very good job of onboarding and we’re absolutely not leading! Once we’ve done this though, maintaining that moving forward is a little more simple (but still not necessarily easy). Then we just need to hold EVERYONE accountable, we need to make sure we maintain high expectations for each member of our team! That’s not to say we have to crack the ole whip every time someone falls short, but we do need to be sure to address with a mix of that candor and care Cindy outlined in a previous Leading At The Next Level lesson…

When we do each of these things consistently, there’s one more thing we’d better be sure to keep an eye on! One of the most critical things I’ve done when recruiting for various organizations has been to provide them with a picture of what they’re career path can be as they grow in and produce results for that particular organization. That’s usually effective on the front end but if that individual delivers results and their immediate supervisor ends up dragging their feet on providing them with any of the fruits of their labor, it’s only a matter of time until we’ll have to start over. And when that happens more than a few times, I no longer have a leg to stand on in my part of the process.

All we need to do though if we want to make sure we deliver through the entire process is just make sure we’re following through on our commitments. When our folks meet and exceed the clear expectations and high standards we’ve set, reward them! It’s really not that complicated…

Notice I didn’t get into the technical aspects of what any company needs to cover through the onboarding process; that should be as different as the work you do. But when you have the proper thought process in place, and you focus on serving the team members you’re bringing on board by doing each of the things we’ve worked through here, just fill in the blanks with the technical details needed to reach those clear expectations on you should be well on your way - and so should each person joining your team!