Since we’ve developed a foundation for some of the biggest challenges we’re facing in the workplace today, let’s move our focus so, just maybe, we can stop treating the symptoms and start addressing what’s actually causing those challenges! And even if we can’t resolve them for the entire world around us, we can put things in place to insulate the teams we’re leading against the majority of those challenges!

Every time that Cindy and I have kicked off our Emerging Leader Development course, whether that’s been virtually for folks across the country or face to face with a team of supervisors and managers for one of our corporate clients, I show the group a certificate of completion they’ll be able to EARN as they complete the requirements of the course. I go on to emphasize that “it ain’t tee ball; there’s no trophy just for showing up…” I do that for a few reasons; I want the businesses each participant is a part of to get real tangible value from what they learn through the course, I’m committed to helping drive that return on investment to whoever has paid us to provide that material for their team, and I want them to understand from the very beginning that leadership requires action! 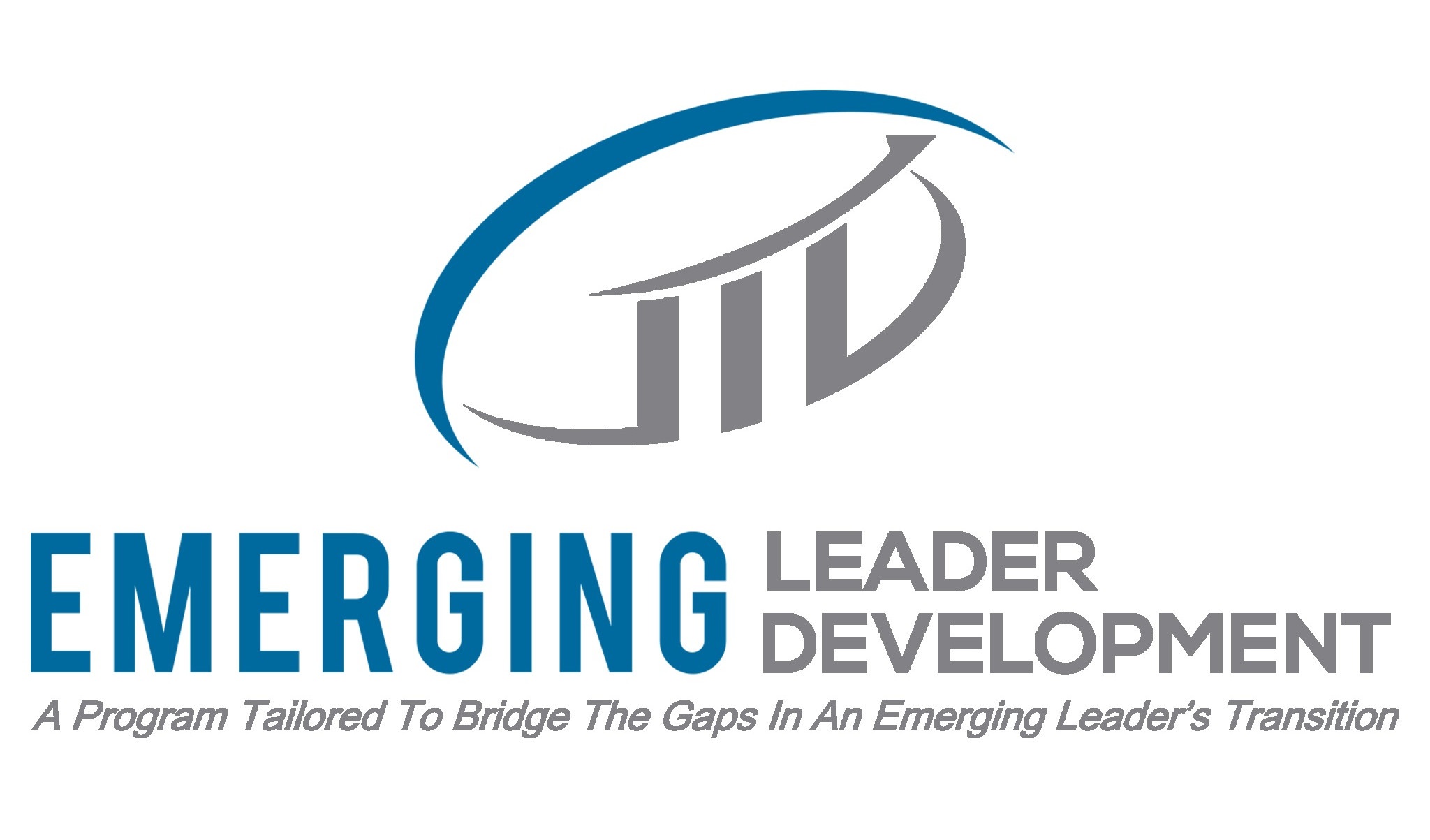 All that said, I suppose I shouldn’t be so hard on tee ball - as far as I can tell, you still have to at least participate to get a trophy there. That’s not necessarily the case with our economic system today, and it hasn’t been for a while!

As we started down this path, I mentioned that I believe a severe lack of accountability is one of the biggest challenges every business deals with today. A friend of mine who heads up a majority industry peer group recently shared an article called Why the worker shortage is here to stay citing some of the challenges in the workforce today, and the first challenge that article detailed was something I’ve been barking about for years: workforce participation! Through the four years that I served on the executive committee for our local workforce development board, the unemployment percentage and overall labor pool were frequent topics. Just prior to Covid shutting the world down, we saw historically low unemployment numbers; locally, at the state level, and nationally. One thing that’s always seemed off limits to even discuss has been the workforce participation rate…

One of my favorite TV shows of all time is Leave it to Beaver. As a stereotypical family of that time, Ward was the breadwinner and June took care of things at home. While that was indeed the norm then, I’ve seen very few single income families in my lifetime. However, at the same time the unemployment rate in Virginia was under 3% in late 2019, the workforce participation rate was only around 65%. Since most of us never hear about that, it’s defined as the number of people between 16 & 65 who participate in the workforce - excluding those who are in the military or are incarcerated.

Let that simmer a bit before I move on… 1 out of every 3 working-aged people you walked by on any given day in 2019 had no intention of working. Based on the Help Wanted signs we see everywhere we turn today, I struggle to think that the workforce participation rate has stayed that high…

OK, Wes… Why the soapbox rant? Back to accountability! There’s a book that I’ve read that says “if you don’t work, you don’t eat.” (2 Thessalonians 3:10 if you’re not familiar) Don’t misunderstand me on this either, I’m all for helping those in need - that’s exactly why we’ve partnered with the Blue Ridge Area Food Bank for our LIVE2LEAD:Harrisonburg event for the last several years! But I believe it's more than just a challenge our workforce is facing for so many capable people to be enabled to avoid making a positive contribution to society. I am absolutely convinced this lack of participation has morphed into even bigger issues.

Yes… Even bigger than not getting a trophy! So let’s go there…

I’ll circle the wagons once more with that question my friend asked me recently; What are the biggest challenges you’re facing in the workplace today? As much as I’d like to, we can’t blame it all on the attorneys. I don’t even think the participation trophies I just referenced are completely to blame… I am convinced, however, that the things we’ve looked at leading up to this point (above and in the previous page) have culminated into a significantly larger issue! And I believe that issue is even causing some of the mental health challenges we’re seeing in so many headlines today.

So what issue could possibly be so bad that it’s creating issues in nearly every line of work and with the overall mental well-being of so many individuals? Think back to the lack of accountability I mentioned before… As a society, far too many people seem to be screaming “don't blame me!” for just about anything we could imagine - and quite a few things we never would have imagined! I mean, really? The rental car we had a few weeks ago had a sticker on the dash reminding us to check the backseat for our kids before we got out. One thing I learned through decades of work in the safety field is that there’s ALWAYS a real-life story behind every caution sign or warning label where someone didn’t something incredibly, well, you know… (it rhymes with Cupid)

The world of Don't Blame Me! has morphed into a scenario where anyone can apparently be offended by anything, and then came the cancel culture… For any of us with any leadership responsibility at all, there’s more than a little bit of a push to tip-toe around any topic that could even be perceived as sensitive. To that end, nearly all of the headlines I see in the SHRM newsletters that hit my inbox seem to be encouraging the tip-toeing rather than offering practical solutions for addressing the issues and working through them - kinda like the tip-toeing I’ve been doing here… (In case you’re wondering, that was sarcasm. The same book I referenced last time also said something to the effect of “be ye hot or cold, not lukewarm…”

So let’s get right down to it! I believe there’s a simple solution. And while that simple solution may not solve all of the world’s problems, or even all the challenges we’re facing in the workplace today, I’m confident that it will leave a mark!

I believe it’s as simple as focusing a lot more on what we DO than who we can SUE! I’m confident that will do wonders for worrying about who may or may not be to blame. Over 100 years ago, Teddy Roosevelt (who I consider to be one of the greatest leaders this country has had) shared this:

It is not the critic who counts; not the man who points out how the strong man stumbles, or where the doer of deeds could have done them better. The credit belongs to the man who is actually in the arena, whose face is marred by dust and sweat and blood; who strives valiantly; who errs, who comes short again and again, because there is no effort without error and shortcoming; but who does actually strive to do the deeds; who knows great enthusiasms, the great devotions; who spends himself in a worthy cause; who at the best knows in the end the triumph of high achievement, and who at the worst, if he fails, at least fails while daring greatly, so that his place shall never be with those cold and timid souls who neither know victory nor defeat.

When we’re focused on DO, there’s little time or energy for all the other nonsense. The doers of deeds, even when those deeds could have been done better, get fulfillment from being engaged in worthy causes. And not only will that move the needle on more than a few of the workplace challenges we’re facing, it will also have an impact on the emotional problems that so often stem from getting a trophy we didn’t earn.

I realize the folks buying up every advertising spot on afternoon TV may not like it, but that doesn’t mean it won’t make a difference. And if I’m even close to being right, there’s something we should begin canceling!

When we’re willing to be actively engaged in any arena, taking action to make a difference for the team we’re a part of and for the people we care about, we won’t likely have a lot of time left over to worry about pointing fingers or placing blame. To that end, I can’t think of a single person who was focused on achieving a goal who also spent time blaming anyone or anything for their circumstances… Can you?

Having poked at the attorney crowd a bit leading up to where we’re at now, let me circle back to say that I do have a few friends in that field who add huge value to their clients. But they do it by advising those clients on how to move forward successfully, and legally, to make a bigger and better impact on their customers and communities. Just like so much of what I’ve emphasized previously, accepting responsibility for making that kind of impact isn’t necessarily the norm today but it can certainly land an individual or business ahead of the pack!

So there’s another benefit I’ve experienced personally, and seen in so many others around me over the years, from being actively engaged in meaningful work - even with the inevitable bumps and bruises that come with it…  The harder I’ve worked to achieve something, the greater the level of satisfaction I’ve felt from accomplishing the results!

I could give example after example of individuals I’ve seen pour significant amounts of time, resources, and energy into their work. To a person, they’ve been confident in who they are and how they approach their tasks. Sure it stings when we fail, but knowing we gave it our best and pulling a lesson from that failure still gives us a sense of pride!

With that in mind, how much value have you seen anyone place on something they haven’t earned? (Remember those participation trophies I mentioned before…) And what does receiving something that wasn’t earned typically do for our self-image and our confidence? I won’t assume we’re on the same page here, although I sure hope we are, but I’ve never seen those things build a person up. I have, though, seen dozens of folks be handed opportunities they hadn’t earned and collapse later on under the pressures that come along with them. Just like practice and training in any sport prepares the team for a game, the work we do to earn success prepares us to handle all that comes with it.

Leading up to this point, I’ve made a few references to the mental health issues we hear so much about if we’re willing to turn on any form of news. While I’m certainly not a mental health professional, I’m completely convinced that hard work, and the accomplishment that comes with it, can serve as one of the best medications for any mental health issue we could have.

Yeah, I know it won’t fix everything… But canceling the idea that there’s any such thing as something for nothing, as well as the idea that everything is someone else’s fault, will go a long way toward build a whole new level of confidence across society and it will help eliminate more than a few of the biggest challenges we’re facing in the workplace today! Moving forward, we’ll take a look at a few things we can do as leaders to help our teams develop the right mindset for doing just that…